How to Build Brand Loyalty with eBay - Sellbrite
Skip to content

How to Build Brand Loyalty with eBay 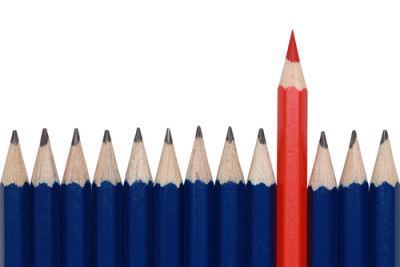 This is a continuation of my last post about how to build brand loyalty with Amazon’s marketplace.

eBay, like Amazon, is a beast. And not just any beast. A ferocious, bloodthirsty beast with retractable claws. If you ride the beast, you can become its master. But if you get in its way, then you’re probably doomed.

Riding the beast, let alone mastering it, is no easy task. If eBay is a tiger, then eBay sellers are the fleas on its back. If everyone is a flea, how do you become the strongest flea and avoid being thrown off of the tiger’s back every time it scratches an itch?

If you attempt to sell everyday items on eBay without adding any value to your buyer, you won’t see nearly enough success to make a good living from eBay alone. Add value, though, and you will see the difference. Selling always boils down to making yourself, and your products, “likeable” to the customer.

Let’s say you go buy a car. There are two dealerships – in one, there is a sleazy salesman that tries to slick talk you into buying what you don’t need or want, and after 45 minutes of haggling, the best offer he gives you is $20,000. In the other, the salesman is an honest guy that’s really upfront with you, and puts your needs above his need to make a sale. As you stepped into the dealership, you were greeted with a smile, treated with dignity and respect, and the salesman was very humble. After helping you decide what you need, the best offer he gives you is $20,000.

Which guy are you going to buy from?

The nice guy, right? Because you like him! You might even accept a slightly higher price as a result of a positive experience.

Being likeable on eBay

eBay presents a really great opportunity to make yourself likeable. Because eBay is so big, there are a lot of unscrupulous individuals out there. These guys undercut the market but are of the sell-and-bounce mindset. They may not care about what happens after the sale. All they care about is the sale.

Use your headlines and product descriptions to make yourself likeable! Using your description, convey that the service you are going to give is 10x better than the next guy. If there is a problem of any kind, you will put the customer first and help them out, no questions asked.

Even if your price is higher than the guy shipping from a warehouse in Hong Kong, people will be more reassured of buying from you!

Value does not extend only to price

Let me give you a real-life example. Some time ago, I lost the charger for my Samsung Galaxy mobile phone. I was looking on eBay and found 100s of results, all for less than $5. A genuine Samsung charger was going for around $20.

Which do you think I bought? The genuine one, of course! Even though the other chargers were so much cheaper, the genuine one had much more perceived value (in this case, I was assured I wouldn’t be electrocuted!).

If you can provide this sort of value and assurance, you may be surprised how well your sales stack up against the low price, low quality sellers out there.

Supply something people want, but nobody is selling

Do you know why I shop on eBay when I do? It’s for finding hard to find things that I know I can’t find anywhere else. This is also some way you can craft a powerful brand. You have the stuff that no one else has!

The value in this case is inherent. Just the fact that you are going through the effort of finding these things and putting them up for sale is your value proposition.

I’m into video games, so let me give you a video game example. The Nintendo 64 was a classic video game console. If you can be the guy that sells working, good condition Nintendo 64 systems, you have an awesome value proposition (to this buyer).

Remember to refer to the Amazon loyalty post, too – the strategy I have outlined in that post about creating an online presence outside of eBay and Amazon is incredibly powerful and is an awesome way to solicit good feedback and consistently provide value to existing and potential customers. 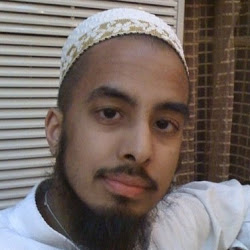 Shabbir Nooruddin is a regular contributor to the Sellbrite Ecommerce Blog. He is an ecommerce entrepreneur and the founder of Bootstrapping eCommerce, where he writes about how to build a successful online business on a tight budget.
All Posts