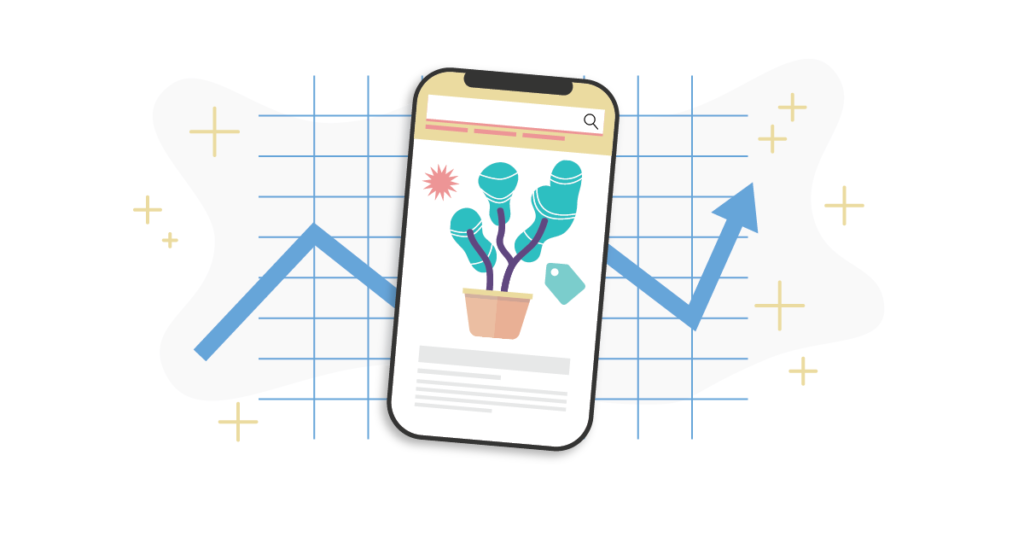 The main challenge for any ecommerce business is standing-out and reaching customers, which can be incredibly difficult among the competition. All the more difficult, too, considering all the ways in which the ecommerce customer base is changing.

Standing out in ecommerce now involves recognizing that, nowadays, buyers are more multi-faceted than ever – they care about social values that their favorite brands do (or don’t) espouse. Marketplaces are making lives difficult for small outlets looking to preserve their brand identity. And providing a better standard of customer experience will never not be a challenge to online sellers.

With all that in mind (dizzy yet?), there’s room for hope. With mobile sales estimated to reach $3.56 trillion by 2021, with so many more users to reach, we put together a list of six of the biggest mobile trends in ecommerce that are driving sales at the moment, to show you how to bridge those gaps and drive your sales into the future.

Customers are becoming more and more aware of how their buying choices fit into a wider ecosystem. With this extremely welcome social development comes a new level of scrutiny on brands. As customers are becoming wiser to the potential ethical and environmental elements of ecommerce, sellers need to remain aware of the link between consumers’ value systems and what they buy.

Customers have begun to express concerns about the link between ecommerce and packaging waste, for example. Elsewhere, the carbon footprint of ecommerce overall has been called into question – with the number of home deliveries being made having skyrocketed, there are more large trucks on the roads than ever. Traditional retailers have benefitted from taking something of a stand on their values – Walmart’s Sustainable Packaging Playbook to Dove’s Real Beauty Campaign, or Heineken’s Worlds Apart promo – and ecommerce will be the next to be tested on theirs.

Leveraging this particular trend is as easy as directly addressing those concerns about which customers have been vocal. Invest in biodegradable and compostable packaging materials. Consider making alternative arrangements to how you ship deliveries.

More broadly speaking, ground your operations in values that your customers will identify with. “Conscious ecommerce” may be a trend now, but it’s likely to have far-reaching and long-lasting implications on how brands are perceived. ‘Investing’ in your value system has a universal long-term benefit: for your brand, your customers, and the wider environment.

Practising transparency, tuning your operations to an ethical code and making it obvious, might seem like an unlikely sales driver at first, but as the likes of Buffer have shown, it can be used to great effect.

Transparency is another dimension of a generally conscious approach. A company’s transparency can be measured in any aspect of its operations – and while transparency is good for avoiding a loss of business value, it can also be used to actively build your brand’s visibility and cultivate a positive perception, much like with conscious production.

Battling the stigma of the data collector is key for any ecommerce seller. Owing to the value of raw customer data, some owners of it are tempted to be vague about how they’re willing to use it – it’s a subject of public sensitivity, and exploiting it can backfire spectacularly. Internet advertising company DoubleClick Inc. found out as much when their plans to share confidential customer information with an offline marketing agency were revealed. Their reputation never recovered.

Transparency also extends way beyond the numbers. Everlane, a direct-to-consumer fashion label, has committed to material transparency, by offering a breakdown of the exact production cost of each item. Their stance is so innovative that it compensates for their lack of conventional marketing, and is responsible for their double-to-triple- digit annual growth. 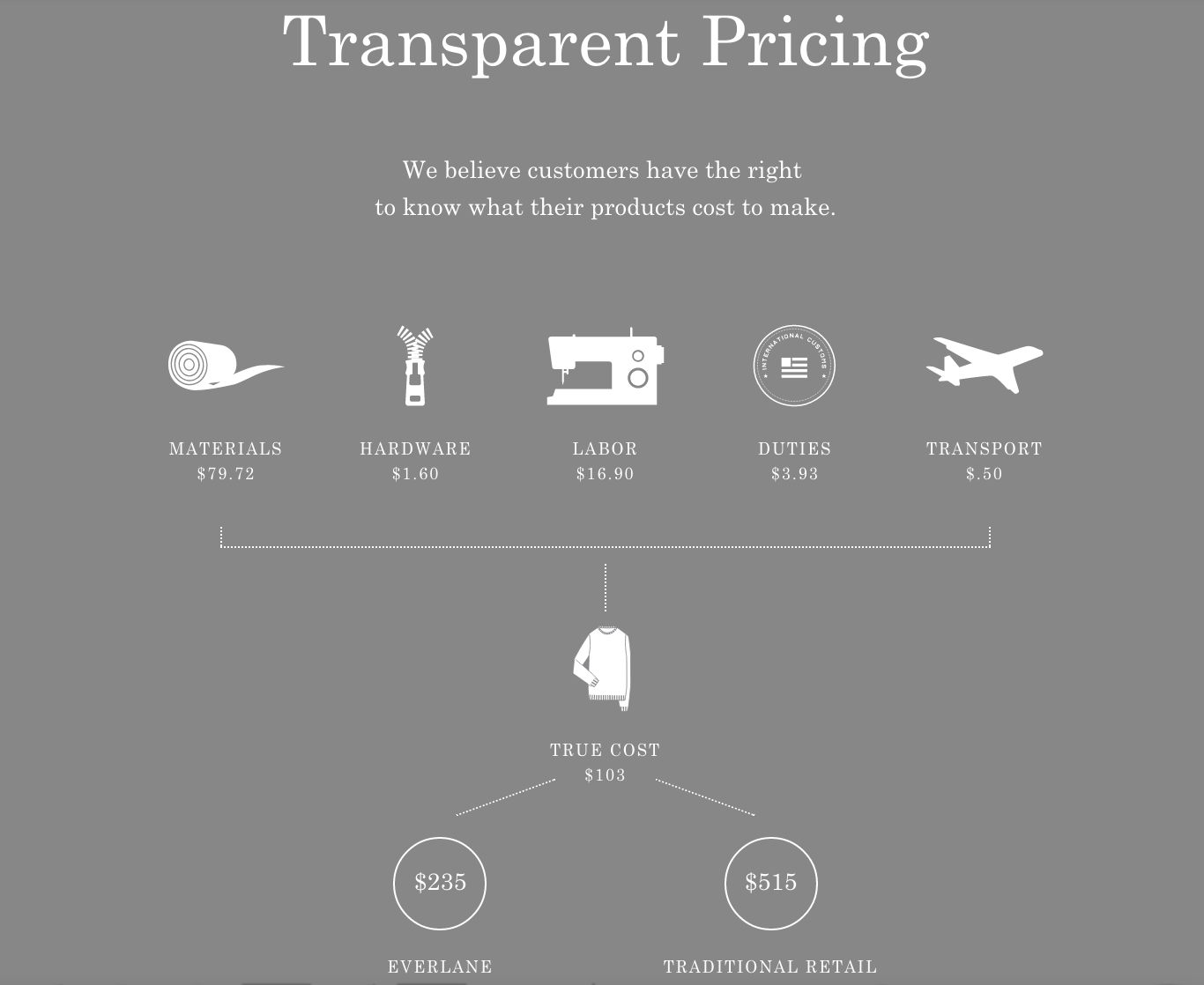 Moreover, transparency in your dealings is a surefire way to build brand loyalty. In an age where trust is harder than ever to build, transparency is not just an ethical need, it’s an excellent long-term sales strategy.

Partner with the Marketplace…

To brand or not to brand, that is the question. Choosing between preserving your brand strength by selling only in-store, or following the draw and popularity of the marketplace can be an agonizing conflict for an ecommerce director. The latest solution to the problem is to simply go best of both worlds, and actively partner with marketplaces.

Take a look at the page within the Amazon store dedicated to Levi’s. In Amazon, that most impersonal of marketplaces where the potency of a brand dissolves among all the choices available, note how characteristically Levi-esque the company managed to make this page. Levi brokered a unique collaboration with the world’s preeminent online marketplace – and now benefits from all the aspects of selling on Amazon while retaining the integrity of their brand. 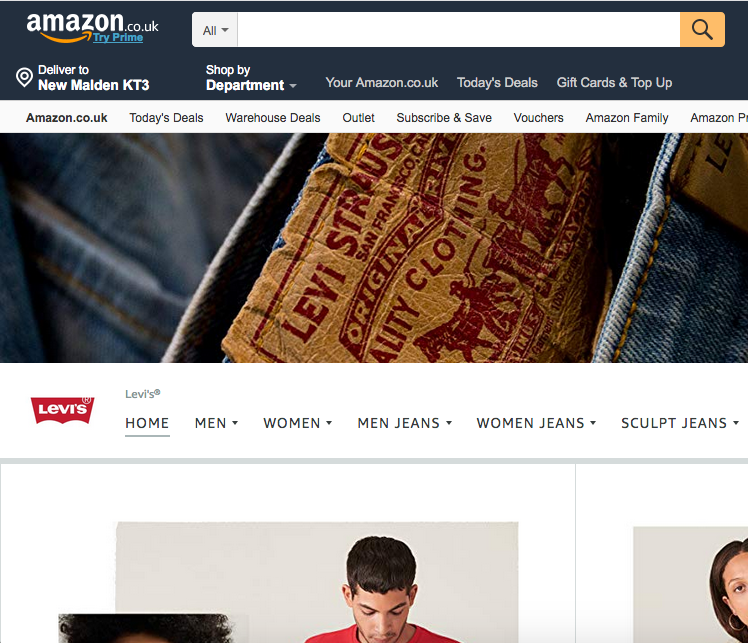 It’s a particularly shrewd move that has been seen in ecommerce a few times in the past few years. Levi also collaborated with Lazada on a similar personalised store-within-a-marketplace, while Danone mounted a similar collaboration with Lazada on a series of online stores for South Asia.

Collaborating with a marketplace gives you the chance to catch the eyes of that marketplace’s userbase – if you’re working with Amazon, that’s almost 200 million pairs of eyes – while having the opportunity to tailor the environment to your unique brand sensibilities.

…or Integrate the Market Model Yourself

Bringing your brand to the marketplace can be a sound idea for ecommerce; so can taking a leaf out of the marketplace’s book and ‘Amazonifying’ your own online store.

Retailers are expanding their sights by integrating the marketplace model into their own apps. Instead of partnering or collaborating with the big boys directly, smaller ecommerce outlets are stealing the playbook and adapting their own site. It’s more advised for retailers who already have significant momentum behind them, but the benefits are various: 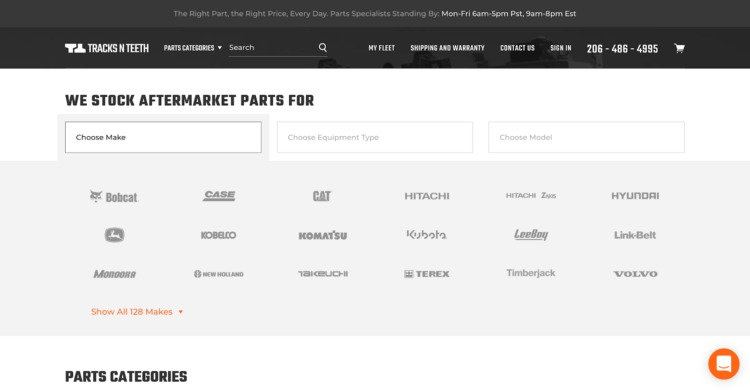 We’ve spoken at length about the benefits of being ‘progressive’ in principled, ethical ways as a business. Another key sales driver in ecommerce is making your apps themselves progressive.

Progressive Web Apps – or PWAs – are web applications that behave like regular web pages during loading, but then are able to offer significant offline capabilities too. For users (and, indeed, developers) of old-model apps with all their faults, the features offered by PWA are a revelation:

The rapid load times and improved capabilities of PWA all point towards a tremendous improvement of customer experience. The ability of PWAs to offer push notifications at any time also opens up new channels of revenue.

You will have to tap your developmental reserves to create a PWA: Manifest, service workers and Web workers are some of the most often used technologies in creating PWA-type capabilities. The benefits, however, are vast in their potential. PWAs offer a significantly cheaper alternative to the native app with increased functionality, are great for SEO, and as companies from PetLove to West Elm have found out, they’ll bolster your conversions too.

They’re low-data consumption, they load like lightning: PWAs are the future of app use, and they should be the future of your company’s in-app ecommerce experience.

It’s no secret that social media is becoming increasingly important to customers’ experiences of ecommerce. Given the role social media is now beginning to play specifically in driving sales, with 55% of shoppers having made a purchase directly through a social media platform, any ecommerce outlet worth its salt will be adapting their strategy accordingly. As private messaging services are also looking as though they’ll soon go transactional, the number of approaches to making those adaptations is large, and expanding.

Metrics and the definition of a customer persona are absolutely vital for successful social media-based advertising; even the basic aspects of social media promo, like your garden-variety Facebook ad, will flop if you’re not optimizing. Always make sure you’ve built up a clear picture of who you want to appeal to before you launch an ad. 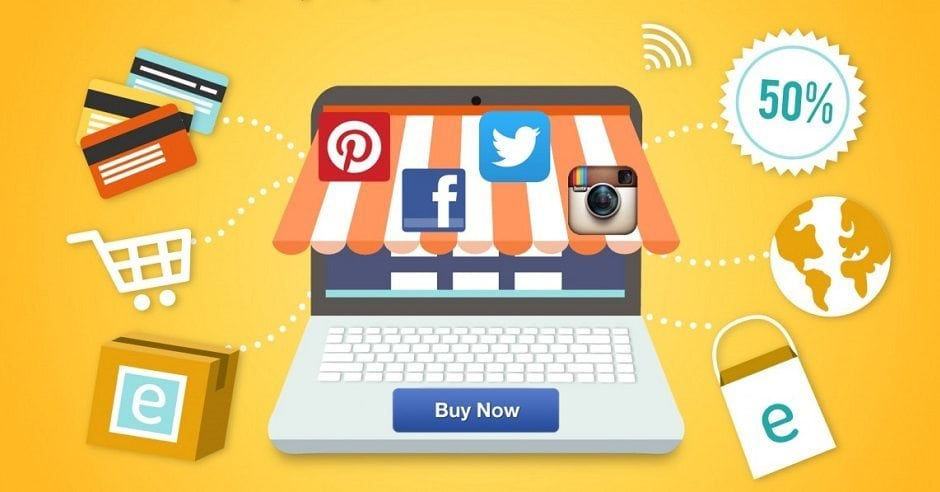 Greater integration of your own brand with social apps shortens the gap between you and your customer – a buy button can make all the difference, as it has on Snapchat. Meanwhile, some of the social media platforms themselves are looking to meet ecommerce in the middle. You can already make a “shop” through Instagram, but Instagram itself is working on a full-shop app that makes use of its current ecommerce integrations like product profiles, links to merchants and native payments.

Having so many ways of potentially driving your ecommerce sales can in some ways make the task feel as difficult as if there were only one. There are a vast number of new approaches to getting your brand ahead, as the ecommerce market continues to expand. But as a wise man once said, if you aren’t busy being born, you’re busy dying. Give a few of these new strategies a spin and give new life to your ecommerce business.